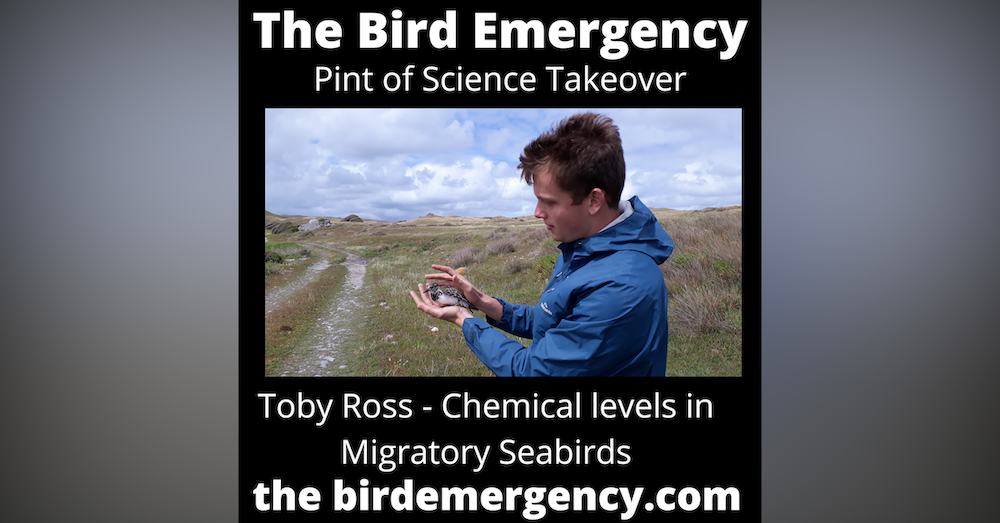 An estimated 8 million migratory shorebirds frequent the East Asian-Australasian Flyway (EAAF) annually. In recent years, global change has resulted in population declines of up to 80% in some species of this flyway. To greater understand the threat... An estimated 8 million migratory shorebirds frequent the East Asian-Australasian Flyway (EAAF) annually. In recent years, global change has resulted in population declines of up to 80% in some species of this flyway.

To greater understand the threat that pollution poses to migratory shorebirds of the EAAF, Toby Ross, through Deakin University, is studying three relatively common migrants that frequent Australian coasts every Austral summer. Ruddy turnstones, Curlew sandpipers and Red-necked stints act as good indicator species for the health of the flyway due to their diverse migration routes and strategies, foraging behaviours, and conservation status.

The annual presence of these birds along the Australian coast allows us to ascertain population dynamics such as breeding success and rate of decline of these species through counts and continual banding studies, particularly by the Victorian Wader Study Group (VWSG).

These field studies, predominantly along the Victorian coast and on King Island (TAS), have accrued a decade’s worth of blood cell and serum samples, allowing us to gain an in-depth understanding of the pollutant loads these birds accumulate. Blood cell and serum samples continue to be analysed for pollutant data by his co-supervisor Prof. Veerle Jaspers and her team at the Norwegian University of Science and Technology.

Toby has access to an extensive, unique set of data that allows him to examine accumulation dynamics of pollution in populations of shorebirds, looking into a range of heavy metal pollutants (for example, lead and mercury), as well as persistent, organic pollutants (POPs) which may include (but are not limited to) polybrominated diphenyl ethers (PBDEs) and organochlorine pesticides (OCPs) and per/polyfluoroalkyl substances (PFASs).

Thus far, the primary contaminants Toby is looking at in these blood samples are PFASs.

Toby is looking into pollutant load comparisons between his three chosen species to garner a broad understanding of pollutant loads in shorebirds, allowing comparisons to be drawn between their varying foraging and migratory strategies as well as population trends.

Following these PFAS analyses, Toby hopes to further broaden my scope of pollutant analyses to include heavy metal pollutants such as lead and mercury, and other POPs as well – watch this space! Currently trying to get some eyes and subscribers on The Bird Emergency on YouTube, so I can put a bit more effort into the video side of things, so if you would like more visual content, please subscribe, and I will watch with interest if that's what you want!

Email has been submitted.