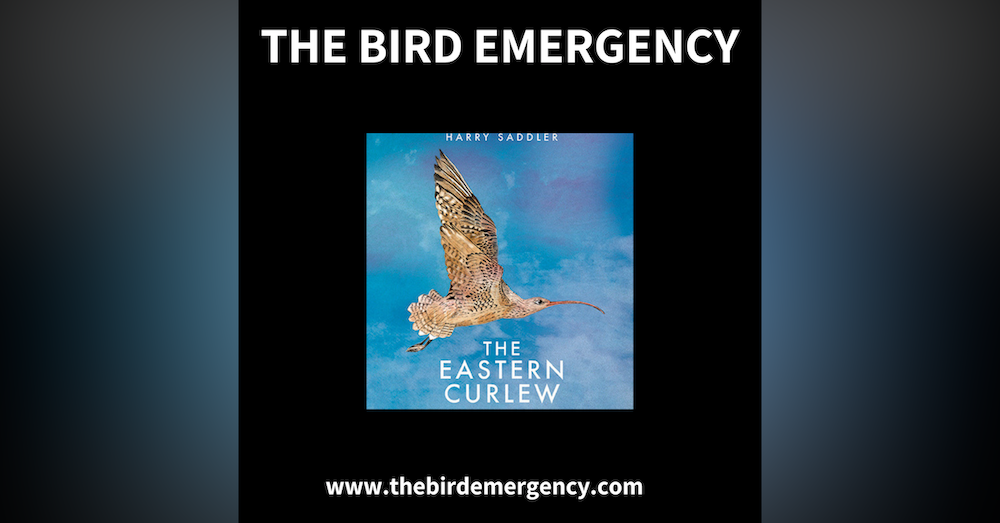 Meet the Far Eastern Curlew, perilously close to disappearing, subject of this Episode of The Bird Emergency.

Every year as the days begin to get shorter in the marshes of the Arctic, the entire population of Eastern Curlews leave their breeding grounds in northern hemisphere and embark on a 10,000km journey to the coast of Australia, potentially calamitous for a bird that cannot swim! If the trip becomes too arduous and a bird is exhausted, drops into the sea below, further reducing the limited population.

The Far Eastern Curlew has undertaken this back-and-forth for tens of thousands of years, following the invisible flyways along the coasts of Australasia, the Indo-Pacific, east Asia to the Arctic Circle, in what is one of the most taxing migrations of any bird. Harry Saddler was so fascinated by this migration, the effort it places on the birds and how people view the birds as they pass through so many human territories.  His discoveries about the places and the challenges the Eastern Curlew overcomes, prompted Harry, an award-winning writer from Melbourne, to share his knowledge about this migration with the world.

Sometimes a book is a total surprise & this little tome by Harry Saddler sure is.

How can an unknown & unnoticed bird be the subject of a real page-turner? Because this bird has an amazing story!

Good Reading magazine said in a review, ‘It might be surprising that Saddler can wrangle a whole book centred on just one, relatively little-known species of bird, but there is no shortage of material."

Enjoy this conversation about an exceptional bird, & it's perpetual journey between Australia and the Arctic, as much as I did! Such a great story, told by a master storyteller.

Check out the book here at Affirm Press, or ask your local bookshop to get it for you (if they don't already have it!).

Harry is active on Twitter, and shares a lot about the birds he sees around his home and workplace, described as only an award-winner author can. I recommend following him @mondaystory

Currently trying to get some eyes and subscribers on The Bird Emergency on YouTube, so I can put a bit more effort into the video side of things, so if you would like more visual content, please subscribe, and I will watch with interest if that's what you want!

In the next episode, Dr. Ben Sullivan tells us how the Hookpod is saving seabirds all over the world, making fishing less harmful to the birds of the sea and the ocean.

Email has been submitted.